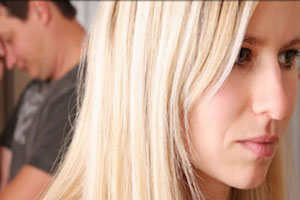 Accusation of spousal abuse, domestic battery and domestic assault in Mesa can arise from a number of situations, including heated arguments, drunken fights, or in order to receive a more favorable outcome in a divorce or child custody proceeding. Law enforcement officers commonly arrest the individual who allegedly committed the domestic assault if there is any type of accusation, even if there is insufficient evidence or no other witnesses were present.

An assault offense can become domestic assault if the alleged offender commits the offense against a family member. A family member in Arizona can include anyone related by blood or marriage, a spouse, a child, another parent of the same child, a parent, a grandparent, a grandchild, a brother or sister, a stepparent, or a parent-in-law.

Domestic assault convictions in Arizona can result in serious penalties, including jail or prison time, fines or surcharges, an inability to pursue educational opportunities or jobs, probation and/or a criminal record. Therefore, it is essential to hire an experienced attorney to begin creating your legal strategy.

According to section 13-1203 of the Arizona Revised Statutes, any of the following situations can result in allegations of domestic assault.

An individual can be accused of domestic assault if they cause physical injury to their spouse or another family member. The injury cannot be from an accident, but has to be the result of some intentional or reckless act. This offense is punishable as a class 1 misdemeanor if it is committed knowingly or intentionally. However, if it is committed recklessly, it is punishable as a class 2 misdemeanor.

An individual can be accused of domestic assault if they intentionally cause their spouse or another family member to be afraid they are about to be physically harmed by the alleged offender. This offense is punishable as a class 2 misdemeanor.

An individual can be accused of domestic assault if they touch a spouse or family member with the intent to injure, insult or provoke the alleged victim. This offense is punishable as a class 3 misdemeanor.

Definition of Injury in Tempe

Domestic assault offenses in Arizona require the alleged offender to have a certain mental state or state of mind when they commit the offense. These mental states are defined in ARS § 13-105(10), and are as follows:

Knowingly – This mental state requires the alleged offender to be aware or believe that their conduct was criminal or assaultive in nature. They do not have to know the act was unlawful.

Recklessly – This mental state requires the alleged offender to be aware of and consciously disregard a substantial and unjustifiable risk that their conduct will cause the result.

According to Chapter 7 of Title 13 of the Arizona Revised Statutes, a range of certain sentences are provided for each degree of offense of domestic assault. Most often, individual convicted of criminal offenses are given a presumptive sentence, but can also be given the maximum and minimum penalty. The type of punishment will depend on a variety of factors, including:

The statutory provided penalties for an alleged misdemeanor domestic assault offender with no prior convictions in Arizona are: