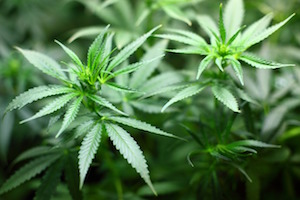 Historically, Arizona has always been tough on crime. And for a long time, marijuana offenses were no exception. However, the passage of Proposition 207 (“Prop 207”) in 2020 significantly changed Arizona marijuana laws, legalizing recreational use of the drug. Currently, adults over the age of 21 can possess a small amount of marijuana. Notwithstanding the recent changes, the use of marijuana is still highly regulated, and those found in violation of the law can face severe consequences. If you are arrested for a Maricopa County marijuana offense, contact criminal defense attorney James E. Novak for immediate assistance.

What Is Legal Under Arizona Marijuana Laws?

Prop 207 legalized recreational use of marijuana and certain cannabis derivatives (such as hash, hash oil, and other concentrates) for adults over the age of 21. Under the new law, it is no longer a crime to possess up to one ounce of marijuana under certain circumstances. Similarly, individuals can legally grow up to six marijuana plants for personal use. Possession of cannabis derivatives in amounts up to five grams is also permitted. However, outside of these areas, the possession, sale, transfer, cultivation and trafficking of marijuana remains illegal.

The new Arizona marijuana laws permit you to have a small amount of marijuana, defined as less than one ounce. If you are arrested with more than an ounce of marijuana, however, you can face criminal charges, even if there is no allegation that you planned to sell it. For example, possession of more than 2.5 ounces (but less than two pounds) of marijuana is a Class 6 felony, punishable by six to 18 months incarceration and a fine of up to $150,000.

Minors in Possession of Marijuana

While recreational use of marijuana is legal for adults over 21, it is still a crime for anyone under 21 to possess any amount of marijuana. A first-time minor in possession offense results in a civil penalty. However, any subsequent conviction is considered a misdemeanor offense.

The new Arizona marijuana laws did not make the sale, transfer or trafficking of marijuana legal. It remains against the law to exchange marijuana for any sort of remuneration. The punishments for selling marijuana, or possessing it with the intent to sell, are severe. For example, a first-time conviction for the sale or possession with intent to sell less than two pounds of marijuana is a Class 4 felony, punishable by a jail sentence of 1.5 to three years and a fine of up to $150,000. The only exception to this is if you transfer (for no money) less than one ounce of marijuana. In this case, there is no criminal penalty.

Driving Under the Influence of Marijuana

Driving under the influence of marijuana is still against the law. However, under the new Arizona marijuana laws, merely having THC in your system is not enough to convict you for a Marijuana DUI; the prosecution must prove that your ability to drive was impaired by marijuana. This raises complex issues related to the amount of marijuana in a driver’s blood and whether it was sufficient to cause impairment.

Arizona marijuana laws are not always straightforward and give many people a false sense that marijuana crimes are no longer prosecuted. However, that is not the case. If you’ve been charged with any Maricopa County drug crime, including a marijuana offense, reach out to a dedicated criminal defense attorney for immediate assistance.

If the government charged you with a marijuana crime, don’t make the mistake of thinking it isn’t serious. Many marijuana offenses can result in a felony conviction, which you will carry with you for the rest of your life. Attorney James E. Novak is a dedicated Maricopa County criminal defense lawyer with decades of experience helping his clients get out from under all types of drug charges. As a skilled negotiator and litigator, Attorney Novak can ensure that your rights are respected throughout the process and will work to obtain a favorable result. To learn more, and to schedule a free consultation, call 480-413-1499 today.