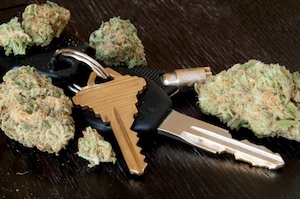 Arizona has enacted a medical marijuana law, but there are still many situations in which you may face criminal charges for marijuana transportation or importation. The cultivation, sale, or distribution of drugs is known as trafficking, and you may face trafficking charges if you are caught transporting drugs. James Novak is an experienced Tempe marijuana transportation lawyer and former prosecutor. He can help you if you need a marijuana crime attorney after being arrested, charged, or suspected of a marijuana-related offense in the Phoenix area.

The charges that you risk facing in connection with the act of marijuana transportation may vary depending on the amount of marijuana and the purpose of the transportation. Transportation for sale of under two pounds of marijuana is a class 3 felony. If you are convicted, you may be sentenced to up to seven years in prison. However, if you are caught transporting more than two pounds of marijuana for sale, it is a class 2 felony. You risk facing a sentence of up to 10 years. If there are potential aggravating factors, moreover, you may face additional time. Aggravating factors include transporting drugs near a school or using deadly weapons. You are also likely to face additional time if you are a repeat offender.

However, if you have just been charged, you should not assume that you are stuck with whichever charges have been brought against you. The prosecution must prove every element of a transportation charge beyond a reasonable doubt. We can investigate the evidence that supports the charges and try to raise doubt about the prosecution’s likelihood of prevailing before the jury. For example, the police must follow search and seizure rules under the Fourth Amendment. They must have probable cause to search the car or truck in which you were allegedly transporting drugs. If the marijuana or another critical item of evidence was obtained illegally, we may be able to have it suppressed, thereby undermining the prosecution's case.

In some cases, the prosecution will agree to a plea deal involving a lesser charge. For example, if you are caught transporting marijuana weighing less than two pounds, you might also be charged with possession under section 13-3405(A)(1), which is a class 6 felony. Class 6 felonies carry a prison term of between six and 18 months, unless there are mitigating or aggravating factors.

Often, other charges are also brought in connection with a transportation charge. For example, you may be charged with conspiracy, possession of drug paraphernalia, or a drug DUI. Our firm can develop a strategy to deal with these charges as well.

Protect Your Rights by Retaining a Marijuana Transportation Lawyer in Tempe

A drug crime attorney who is knowledgeable about marijuana transportation cases will try to find holes in the prosecution's case, including potential failures by the police to respect your constitutional rights or follow procedural rules. Tempe marijuana transportation attorney James Novak is familiar with all of the possible defenses. Contact him at (480) 413-1499 or online to set up a free appointment. He also represents people who need a drug possession attorney throughout the Phoenix area, including in Mesa, Chandler, Gilbert, Scottsdale, and other cities in Maricopa County.