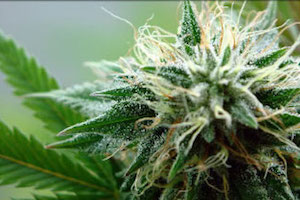 Although medical marijuana has been decriminalized throughout Arizona, many individuals in Tempe are still arrested for and charged with marijuana possession. This offense is punishable as a felony offense, no matter the amount of marijuana, and can result in serious punishments, such as jail or prison time, fines, a criminal record, and community service.

Often, law enforcement officers will try to increase the criminal charges and alleged the individuals was in possession of marijuana in order to sell or distribute it. They will try to find any kind of paraphernalia, such as large amounts of cash, scales and storage containers in order to charge the alleged offender with a more serious marijuana crime.

If you have been charged with possession of marijuana in Tempe, it is important to hire an experienced marijuana defense lawyer in order to help you create your best defense to the allegations your are facing.

If you have been charged with possession of marijuana in Tempe, or any of the surrounding areas in Arizona, including Mesa, Gilbert, Phoenix, Chandler, Scottsdale or East Valley, contact the Law Office of James E. Novak. James Novak is an aggressive marijuana defense lawyer who will make every effort to fight the allegations against you and help you achieve the most desirable outcome for your particular situation. Call the Law Office of James E. Novak for a free consultation at (480) 413-1499 about your marijuana possession charges.

According to section 13-3405(A)(1) of the Arizona Revised Statutes, an individual can be charged with possession of marijuana if they knowingly possess or use marijuana.

Actual and Constructive Possession in Mesa

Constructive possession is generally harder for the prosecution to prove, and is defined by the following three elements:

An example of constructive possession is if a law enforcement officer found marijuana in a vehicle where the alleged offender was a passenger and they were able to access the marijuana.

Possession of marijuana in an amount of less than two pounds is generally punishable as a class 6 felony. Imprisonment for this degree of felony can range from six months to 18 months, but the presumptive sentence is one year.

Possession of marijuana in an amount between two and four pounds is generally punishable as a class 5 felony. Imprisonment for this degree of felony can range from nine months to two years, but the presumptive sentence is 1.5 years.

Possession of marijuana in an amount of four pounds or more is punishable as a class 4 felony. Imprisonment for this degree of felony can range from 18 months to three years, but the presumptive sentence is 2.5 years.

However, certain marijuana possession offenders may be eligible for deferred adjudication or drug court.

Individuals who have been charged with marijuana possession or possession of marijuana paraphernalia may be eligible for the Maricopa County Drug Court program. This program was established for nonviolent drug and marijuana offenders.

Marijuana possession offenders may be eligible to participate in the program if they:

Anyone who successfully completes the terms and conditions to the program may have their criminal charges dismissed upon completion of the program. However, an individual who violates any of the terms of their program may face criminal prosecution for the possession offense.