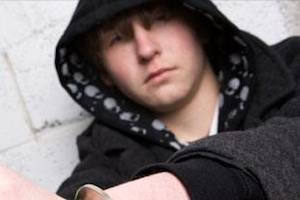 As defined under Arizona law, sexual crime laws account for many different types of situation or scenarios. For example, if the alleged crime occurs while the offender is at work, then the charges can be considered sexual misconduct. This particular crime encompasses a range of behaviors used to obtain sexual gratification against another’s will or at the expense of another. Sexual misconduct offenses can include sexual harassment, sexual assault, and any conduct of a sexual nature that is without consent, or has the effect of being threatening or intimidating while in a professional role or at work.

Since this definition is so broad, if you were charged with committing sexual misconduct in Arizona, it is vital to team up with a criminal defense attorney who understands these laws and can help you fight the charges and move on with your life.

If you are facing allegations of sexual misconduct in Mesa, Gilbert, Tempe, Chandler, Scottsdale, or Phoenix, it's critical to understand your legal options. Whether the charges you are facing are false or exaggerated, defense attorney and former prosecutor James E. Novak will use his extensive trial experience to fight for your best options. With over a decade fighting for the futures of adults and youth in Maricopa County, this means that he will not settle for the easiest outcome and will fight to protect your future. Call (480) 413-1499 today for a free and honest review of your legal options.

Definition of Sexual Misconduct in Arizona

According to Arizona Revised Statutes § 13.1418, sexual conduct charges will be pursued when:

The same Arizona statute clarifies this statement with the following:

In addition, there is also an Arizona Statute that is similar, but focuses on those working in correctional facilities. Arizona Revised Statutes § 13.1419 states that:

In this definition, “person” refers to employees, official visitors, volunteers and agency representatives. Additionally, “any act of a sexual nature” includes any completed, attempted, threatened or requested touching , or exposing of private parts, along with photographing, videotaping, filming, recording or otherwise viewing a prisoner or offender with intent to gratify sexual desire.

Penalties for Sexual Misconduct in Mesa

The consequences of committing sexual misconduct in Arizona can vary, but will most likely result in a felony charge no matter what the scenario in which the misconduct occurred.

According to section 13.1418 of the Arizona Revised Statutes:

Class 6 felony – for a first time offender, the presumptive sentence is 1 year and/or a fine of between $750 and $150,000. For those who are repeat offenders (maximum 3 offenses), the prison sentence can range from 1 year to a maximum of 4.5 years.

With regard to those employed at, or officially connected to a correctional facility, section 13.1419 of the Arizona Revised Statutes states:

Dealing with a sexual misconduct charge can be detrimental to both your professional and personal life. That is why having a competent and knowledgeable lawyer at your side is of the utmost importance. With a Masters in Counseling, James E. Novak has a deep perspective of many of the psychological factors that can play a role in jury selections and depositions, especially when facing such charges. Call (480) 413-1499 for a free consultation or send an online message to learn more about your legal options.