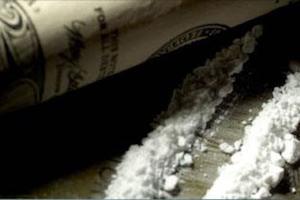 The illegality of certain popular drugs has led many people to seek out legal alternatives. Synthetic or manufactured drugs have seen a corresponding increase in usage throughout the years by a broad spectrum of users. These types of synthetic drugs are divided into two categories based on their chemical makeup: cannabinoids (lab manufactured THC mimicking the effects of marijuana) and cathinones (meant to mimic the effects of cocaine and meth).

Given the ease of acquiring these drugs in years past at convenience stores and smoke shops, many people in Arizona remain under the impression these drugs are legal to possess and use. This, however, is no longer the case. Synthetic marijuana was banned in Arizona in 2011, which was immediately followed by a bath salts ban in early 2012.

The use, manufacture, trafficking, and possession of synthetic drugs is considered illegal in Arizona and comes with harsh penalties. Many people have already been charged with misdemeanor and felony offenses involving possession and distribution of synthetics such as 'Spice' and 'bath salts.'

The entire nation has made a concerted effort to quell the large uptick in imitation drug use and Arizona is no exception. A situation that involves criminal allegations for possession, manufacturing or distributing these synthetics can lead to devastating outcomes if not approached carefully. In order to protect yourself from the negative ramifications that come with a drug conviction, it is vital that you work with a qualified drug defense attorney during this difficult time.

James E. Novak has defended those accused of drug offenses in Arizona for over a decade. He can be counted on to provide consistent, efficient and thorough legal representation. As a former prosecutor in Maricopa County, he is in a unique position to understand the mindset of both sides of the courtroom aisle, helping him develop the most effective defense strategy possible for your personal situation.

The Law Office of James E. Novak proudly represents individuals and families who are currently dealing with allegations of criminal activity, including the possession, manufacturing and distribution of synthetic or imitation drugs. This legal counsel extends throughout Maricopa County, including the cities of Phoenix, Tempe, Mesa, Chandler, Gilbert and Scottsdale.

Focused on providing an accessible and responsive experience, James Novak offers free initial consultations to go over the details of your drug case in a confidential and no-pressure setting. To schedule a time to meet with James E. Novak, please call (480) 413-1499 or send an online message today.

Those who understand the process of developing chemical compounds are able to produce synthetic and imitation drugs with ease. Not only are they easy to make, they have become popular in the United States for their widespread availability in stores, their low price, the fact that they do not show up on most drug tests and their ability to create feelings of euphoria, stimulation and elevated mood. These synthetics come in powder, capsule and dry leaf form, with the method of ingestion being quite versatile. Users take the synthetic drug through inhalation, ingestion, injection, or even snorting.

The user-friendly and adaptable physical nature of this type of substance has led to an increase in availability, despite its illegality. In order to circumvent laws banning synthetic substances, development of newer and stronger substances has become commonplace. This progression to newer or more complicated compounds is mainly to avoid anti-drug laws.

Similar to steroids and performance enhancing drugs, synthetics have been able to outpace legislation and testing standards to stay one-step ahead of the law. However, with broad laws being enacted, this will be much harder to do going forward. With the expansion of federal and state laws, particularly ones that include mandatory minimum sentencing, these preventive measures will create an even more hostile and punishing environment for those accused of possessing or distributing these synthetics.

Some of the most popular and common synthetics in Arizona and the rest of the United States currently include:

These chemicals and substances are advertised in a similar fashion to other teen products. Geared towards a younger demographic, the designer drugs are given exciting names and fancy packaging as a way to attract young customers. Some of the more common advertised synthetic brands include:

Using synthetic drugs is not without consequence. Some of these substances have extreme side effects that have led to erratic behavior, loss of memory, delusions, visual impairment, seizures, and even in some cases, suicide.

In the state of Arizona, synthetic or imitation drugs are broken up into three separate categories: imitation controlled substances, imitation prescription drugs and imitation over the counter drugs.

According to ARS §13.3456, it is unlawful for any person to possess, or possess with intent to use, an imitation controlled substance.

There are also specific laws regarding the manufacture and distribution of imitation substances. Statutes §13.3453 - §13.3455 detail this criminal offense by stating:

If accused of manufacturing, distributing or possessing with intent to distribute an imitation controlled substance, an imitation prescription-only drug or an imitation over-the-counter drug, you may be charged with a Class 6 felony. Although the least severe of all felony classifications, a Class 6 felony comes with a presumptive sentence of up to 1.5 years in prison (4.5 years maximum for repeat offenders) and / or fines not to exceed $150,000.

If convicted of manufacturing, distributing or possessing with intent to distribute any of these imitation drugs to individuals under the age of eighteen years old, the classification will be that of a Class 5 felony. This offense comes with a maximum sentence of 2 years (6-year max for repeat offenders) in prison and / or fines of up to $150,000.

Similar to other criminal offenses, possession, manufacturing and distributing synthetic substances must be proven beyond a reasonable doubt. Some people are under the assumption that substances that are designed to mimic other drugs may not be illegal. Considering the misleading nature of the packaging, the potential for deception is high.

However, lack of awareness of the drug's illegality is not a valid defense. To be specific, Arizona law also points out in every specific statute regarding synthetic substances that it is no defense to prosecution that the accused individual believed the imitation substance to be a legitimate substance, be it controlled, prescription-only or over-the-counter.

The inability to use lack of knowledge of awareness of targeted laws will require the defendant to implement other strategies to fight the charges. Some of the issues that a defense attorney would focus on can include:

If you have been arrested for possession or manufacturing of imitation controlled substances, retaining qualified legal counsel is paramount in defending your name and freedom. The Law Office of James E. Novak has been serving Maricopa County residents for over 10 years and will bring this extensive experience and legal insight to your pending drug case.

Much of the worry over criminal allegations comes from dealing with the unknown. James Novak has developed his practice around providing a level of customer service that enables you to be well informed, allowing you to reduce the inevitable stress this type of situation brings. This commitment to his clients also extends to protecting their legal and constitutional rights.

Serving Maricopa County, The Law Office of James E. Novak is ready and willing to start working on your synthetic drug case if you have been arrested in the cities of Mesa, Phoenix, Scottsdale, Chandler or East Valley. Call (480) 413-1499 or send an online message to schedule a risk-free initial consultation with James Novak today.