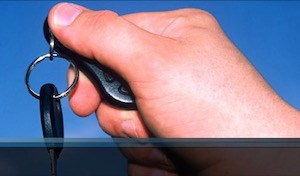 Many people do not realize how seriously DUI charges are taken in Arizona. Some people make decisions out of misinformation or complacency, while others may experience an undue amount of anxiety after being arrested for a DUI. Phoenix DUI attorney James E. Novak tries to educate the public about Arizona DUI basics so that they can understand the potential consequences of DUI charges and convictions, learn about their defense options, and make informed decisions going forward.

Most first offense DUIs (including Extreme and Super Extreme DUIs) are charged as misdemeanors, but this does not mean that you should take them lightly. A criminal record may make it hard to obtain a job, schooling, professional license, and housing, and it may have a deleterious effect on your reputation and make it difficult to negotiate plea bargains for any future offenses. The minimum jail time imposed for an Extreme DUI conviction is 30 days incarceration, and for a Super Extreme DUI conviction, it is 45 days incarceration. In addition to possible jail time, you also face the possibility of fines, a driver's license suspension, the installation of an ignition interlock device, and mandatory attendance at alcohol or drug abuse treatment programs.

If it is not your first DUI conviction, the penalties generally will be harsher. You may be charged with an aggravated DUI, which is a class 6 felony, if you have a DUI while your license is suspended, while you have a minor under the age of 15 as your passenger, or if you have two or more DUI convictions within the past seven years. For a class 6 felony, the presumptive term of incarceration is one year, although the range is from six to 18 months. When there are aggravating factors, the term may be up to two years in prison.

A conviction is not assured. The prosecution must prove its case beyond a reasonable doubt, and there are many ways in which we may be able to stop them from doing that. These may include asserting your Fourth and Fifth Amendment rights, as well as closely analyzing the tests administered to obtain evidence against you.

Consult a Dedicated DUI Attorney in Phoenix or Beyond

It is important for all drivers to understand the Arizona DUI basics. If you are charged with a DUI, you may be unduly concerned or you may be too nonchalant. Either way, it is important to make sure that you retain an experienced DUI attorney to fight the charges. Contact James E. Novak at (480) 413-1499 or via our online form for a free consultation with a drunk driving lawyer. He represents people in Phoenix, Tempe, Mesa, Chandler, Gilbert, Scottsdale, and other areas of Maricopa County.