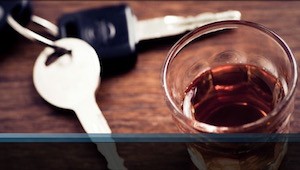 All DUIs should be taken seriously and handled with care by an experienced Phoenix DUI attorney. It is a mistake to assume that a criminal conviction cannot be avoided or that it is not a big deal. A criminal record, even if the conviction is for a first offense DUI, may make it hard for someone to get a job, go to school, obtain professional licenses, or secure housing. After getting arrested, many people are surprised to learn that they have blown a .08 or that they are considered "slightly impaired." Each individual is different, and even one drink may impair some drivers. Although it is a complex calculus and no guarantee, it may be helpful to try to use a DUI/BAC Calculator to know how many drinks are too much for you.

Since Arizona takes DUIs seriously, it has enacted an implied consent law. This law conditions your ability to drive in Arizona on an implied agreement that you will submit to a Breathalyzer or blood test if a police officer arrests you for driving under the influence. If you refuse this test in Arizona, your driver's license may be automatically suspended for 12 months. Even if you refuse, the police may get a warrant to test your blood or urine. However, you should not assume that you will be convicted based solely on the results of your test. We can examine the circumstances to see whether we can attack the reason why the police stopped you, the reason why you were arrested, laboratory procedures, and even the test results. For example, a break in the chain of custody of a blood sample or an attack on the gas chromatograph (the method of identifying alcohol concentration) may be enough to cause a reasonable doubt.

There are five factors that most affect your BAC: how much you drank, how fast you drank it, your weight, the passage of time in connection with how much you were drinking, and your gender. Generally, the less that you weigh and the more that you drink, the more likely you are to have an unacceptable blood alcohol content. People who weigh more usually have more fluid and therefore have a lower concentration of alcohol in their bloodstream. A woman usually gets intoxicated more than a man who has the same weight and who is drinking the same number of drinks at the same speed.

It may be useful to fill out the Intoximeters, Inc. "Drink Wheel," which computes an estimated blood or breath alcohol concentration based on the type of drink that you had, how many drinks you had, your weight, your gender, and the passage of time. The purpose of filling out the form is only to provide useful information about responsible alcohol use. It is a form based on wheel-shaped DUI/BAC calculators provided in alcohol awareness programs. The Drink Wheel does not tell you exactly what your BAC actually is, but it may give you a rough sense of an average healthy person's BAC, based on the information that is inputted. The estimate provided should not be used to infer your fitness to drive or perform other tasks and duties.

Explore Your Options with a Phoenix Attorney

One of the most common mistakes that may result in a hearing before a criminal judge in Arizona is driving under the influence (DUI). This also represents a substantial portion of the cases that Phoenix lawyer James E. Novak handles. As a former prosecutor, Mr. Novak uses his insights about DUIs to defend people charged with drinking and driving violations, and he encourages all drivers to understand the principles behind the DUI/BAC calculator to avoid driving while impaired. Contact James Novak at (480) 413-1499 or via our online form to set up a free appointment with a drunk driving lawyer. He represents people throughout the Phoenix area, including in Tempe, Mesa, Chandler, Gilbert, Scottsdale, and other areas of Maricopa County.