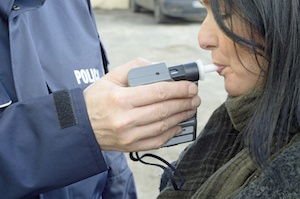 The state of Arizona has made it clear that it is intent on punishing those who are suspected of driving under the influence. The way the state laws are defined and enforced, the prosecution can convict you by proving that your blood alcohol level was .08 or more within two hours of driving. They can even convict you by proving that your ability to drive was impaired in the slightest degree. It is possible to be charged and convicted of a DUI even if you did not take a breath or blood test, or, if the results were below .08.

Considering this strict interpretation of DUI laws, it is important that you understand the definition and consequences of an arrest, along with what you can do to insulate yourself from the worst of the possible penalties. No matter what the circumstances, or your BAC, a DUI is still a DUI and can have extremely detrimental implications to your social, professional, and financial well-being.

If you or a loved one has been charged with a DUI below .08, it may be in your best interest to discuss your situation with a qualified criminal defense attorney who has the experience necessary to provide capable legal counsel during this difficult time. As a former state prosecutor who understands the techniques and weaknesses with regard to prosecuting DUI cases, defense lawyer James E. Novak is particularly qualified to represent those accused of DUI’s throughout the Arizona cities of Tempe, Phoenix, Mesa, Chandler, Gilbert, and Scottsdale. Call (480) 413-1499 for a free consultation today.

DUI Below .08 under Arizona Law

According to Arizona Statute §28.1381, it is unlawful for a person to drive or be in actual physical control of a vehicle in this state under any of the following circumstances:

Furthermore, the same statute goes on to say:

If there was in excess of 0.05 but less than 0.08 alcohol concentration in the defendant's blood, breath or other bodily substance, that fact shall not allow for a presumption that the defendant was or was not under the influence of intoxicating liquor, but may be considered with other evidence in determining the guilt or innocence of the defendant.

Penalties for Impaired to the Slightest Degree DUI in Arizona

According to Arizona Statute § 28.1381, a DUI below .08 will most likely be classified as a Class 1 misdemeanor, which is the most serious of all misdemeanor offenses. As for the potential punishment, someone convicted of a Class 1 Misdemeanor may be required to serve six months in jail and / or pay up to $2,500 in fines.

If this is not your first DUI, the charges may be increased. For instance, if your license is suspended, if you have had two or more DUI arrests in the past five years, or if you were driving with a minor under the age of 15, you may be charged with aggravated DUI. This charge is classified as a Class 4 Felony and comes with a presumptive sentence of up to 3 years in jail and / or up to $150,000 in fines.

The Law Office of James E. Novak | Impaired to the Slightest Degree Charge in Maricopa County

No matter what the circumstance of your case may be, a DUI allegation has the potential to turn your life upside down. With such extreme consequences, it is important that you take the time to consider your options and discuss your case with a qualified DUI defense attorney in Tempe who understands the process that goes into defending an alleged DUI.

With over a decade of experience defending those dealing with DUI charges, James E. Novak will provide you with capable legal counsel from a unique perspective that includes both that of a prosecutor and a defense attorney. His experience on both sides of a DUI case helps him to develop effective and efficient strategies for clients. Call (480) 413-1499 for a free consultation if you have been charged with a DUI Below .08 in Maricopa County.