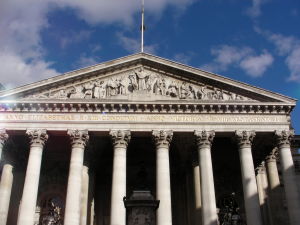 DUI offenses in Arizona always should be taken seriously. They can carry harsh penalties that can affect you for the rest of your life. However, some driving under the influence offenses can automatically be considered felonies, such as DUI while driving with a suspended or revoked license.

If a driver has lost his or her right to legally get behind the wheel in Arizona, but does so and is charged with a DUI, there could be immediate consequences for his or her actions. The driver could face additional license penalties, jail time, fines and even rehabilitation programs. However, a charge does not have to mean a conviction.

The Law Office of James E. Novak has more than a decade of experience fighting for the rights of those accused of crimes. If you face charges for DUI while license suspended or revoked in Maricopa County, James Novak can help you fight the charges.

James remains up-to-date on issues in the legal community, and he continues to learn about legal practices used in DUI cases. He has written several DUI defense papers, articles and web posts about how those facing charges can tackle the Arizona criminal justice system. Call (480) 413-1499 to schedule a consultation with him and discuss the facts of your case.

Information about DUI With a Suspended License

DUI with a Suspended License in Mesa

A person can be charged with DUI with a suspended license if he or she is caught driving under the influence of drugs, alcohol or a combination of substances while his or her driver’s license or privilege to drive is suspended, canceled or revoked, according to section § 28-1383(A)(1) of the Arizona Revised Statutes.

This is considered a form of aggravated DUI. This could apply if a person is found to be in actual physical control of a vehicle while under the influence. Actual physical control in DUI defense means the alleged offender had current or imminent control of the vehicle, which presented a danger to the driver or the public at the time of the arrest.

The crime of aggravated driving or actual physical control while under the influence with a driver's license or privilege to drive suspended, canceled, revoked, refused or restricted requires proof that:

Penalties for Driving under the Influence without a Valid License

DUI while driving with a suspended or revoked license is considered a Class 4 felony, which carries mandatory prison time. This could be punishable by a minimum of four months in prison, followed by probation period. You also could be required to pay fines and fees.

Additionally, you could face having your license suspended for up to three years, plus be required to install an ignition interlock device in your vehicle for more than 24 months beginning on the date of the reinstatement of the person's driving privilege, according to ARS § 28-1383(J)(1).

The court also could impose addition punishments for the offense, including alcohol monitoring programs or community service. The best way to avoid the penalties is to avoid a conviction all together. A drunk driving lawyer in Mesa can help you fight the charges.

If you are facing charges for driving under the influence or having actual physical control of a vehicle while having a revoked or canceled license, contact The Law Office of James E. Novak. James Novak is dedicated to providing a strong defense for his clients and working with them to get a positive result. This highly educated and skilled lawyer could be the difference in your case. Call (480) 413-1499 today.