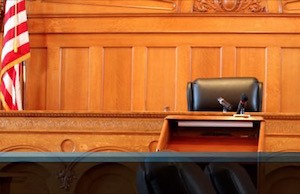 The consequences of an extreme driving under the influence (DUI) offense in Arizona are greater than many people realize. Even if an alleged offender avoids jail time and pays a reduced fine, the cost in increased insurance premiums alone means a DUI conviction can stay with the alleged offender for years to come.

If you have been charged with extreme DUI in Mesa, you do not necessarily have to face a conviction. The state prosecutor has the difficult burden to prove you committed every element to this drunk driving offense beyond a reasonable doubt. Any uncertainty in the mind of the judge or jury can result in a reduction or dismissal of the charges against you. Therefore, it is essential to contact an experienced DUI defense lawyer in Tempe who will make every effort to develop your best legal strategy.

If you have been charged with an extreme DUI in Mesa, or any of the surrounding areas in Arizona, including Phoenix, Gilbert, Tempe, Chandler, Scottsdale or East Valley, contact the Law Office of James E. Novak. Attorney James Novak is knowledgeable in all areas of Arizona’s driving under the influence laws and will examine every detail of the prosecution's case in order to find grounds for dismissal, to have your charges reduced to a lesser offense, or to present an effective defense at trial. Call the Law Office of James E. Novak for a free consultation at (480) 413-1499 about your alleged extreme DUI.

Arizona Revised Statutes § 28-1382(A)(1) states an individual can be charged with an extreme DUI if they drive or are in actual physical control (APC) of a vehicle Phoenix and their blood, breath or urine alcohol concentration (AC or BAC) level is at least .15 but less than .20. Arizona law considers an individual with a BAC at this level to be under the extreme influence of intoxicating liquor.

Although Arizona’s legal limit is .08, an individual can be charged with the more serious drinking driving offense of extreme DUI if they have a blood, breath or urine alcohol concentration (BAC or AC) at least .15, but less than .20. BAC is defined under the Arizona Revised Statutes § 28-101 as the amount of alcohol present in the alleged offender’s bloodstream, which is measured by the number of grams of alcohol per 100 milliliters of blood or alcohol per 210 liters of breath.

An alcohol concentration level between .15 and .20 is every easy to attain, even though this level may appear to be very high. For example, a man in Arizona who weighs 120 pounds and has five drinks in one hour likely has a BAC near or equal to .16, which could result in an extreme DUI charge. A man who weighs 180 pounds likely reaches a BAC of .15 after consuming seven drinks in one hour.

An alcoholic drink in Arizona is equal to:

An alleged extreme DUI offender must have had been driving or had actual physical control (APC) of the vehicle in order to be charged with the extreme DUI offense. APC is not specifically defined under the Arizona Revised Statutes, but the Arizona Supreme Court held in Arizona v. Zaragoza that in order to determine if the alleged offender had APC, the court must examine, based on the totality of the circumstances, whether the alleged offender’s current or imminent control of the vehicle at the time of the arrest presented a danger to himself or the public.

Therefore, an individual can still be charged with an extreme DUI in Arizona even if they were not driving the vehicle at the time of the offense.

The jury will be instructed to look at any of the following factors to determine if the alleged offender had actual physical control of the vehicle:

An individual who has been charged with an extreme DUI offense in Arizona could face a class 1 misdemeanor conviction. This offense can result in a mandatory jail sentence of at least 30 consecutive days, but can be up to six months. A first-time offender is not eligible for probation or deferred adjudication (suspension of the sentence) unless the entire sentence is served. Additionally, a first-time extreme DUI offender could face any of the following penalties:

An individual that has been convicted of an extreme DUI offense within 84 months of any other DUI offense conviction can face the following penalties:

Defenses to Extreme DUI in Mesa

If an individual has been charged with extreme DUI in Arizona, certain defenses may be available that will result in a reduction or dismissal of their charges. However, these defenses are not available in every situation and depend on the specific circumstances surrounding your unique case. Therefore, it is essential to first consult with an experienced DUI defense lawyer in Phoenix to determine if any of the following defenses may apply to your situation.

Lack of Diving or APC – In Arizona, the prosecution must prove an alleged offender was driving or in actual physical control of a vehicle while under the extreme influence of alcohol. In some cases there are no witnesses to testify who was driving the vehicle, or there may be other factors that don’t conclusively establish the alleged offender was in APC.

No Reasonable Suspicion to Stop – A stop by law enforcement is unconstitutional if the officer cannot articulate a reasonable suspicion to stop the alleged offender for DUI. Therefore, if the officer lacked a valid reason to make the traffic stop, any evidence of extreme drunk driving obtained as a result of the stop must be suppressed.

Violation of Miranda Warnings – Before any law enforcement officer can question an individual who is in custody (not necessarily arrested), the officer must warn the individual that: They have the right to remain silent; Any statement they make may be used as evidence against them at trail; they have the right to the presence of an attorney; and if they cannot afford an attorney, one will be appointed before any questioning if requested by the alleged offender.

Subtractive Retrograde – Subtractive retrograde is a method to compute BAC at the time of driving if a test taken after the alleged offender was driving or in APC of a vehicle shows a higher alcohol concentration reading. This defense could apply to any individuals who consumed shortly before driving. Most individuals generally require between 30 minutes and several hours to completely absorb alcohol.

Resources for Extreme DUI in Arizona

Contact the Law Office of James E. Novak today for a consultation about your charges for extreme DUI throughout Maricopa County in Arizona. This includes Tempe, Mesa, Chandler, Gilbert, Scottsdale, Phoenix, and nearby areas. James Novak is an experienced Scottsdale DUI lawyer who will make every effort to fight the allegations against you and help you achieve the most desirable outcome for your particular situation. Contact the Law Office of James E. Novak at (480) 413-1499 to learn more about the charges you face and your legal options.