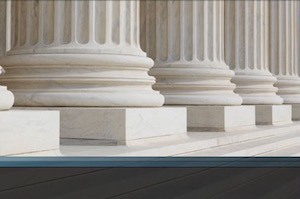 A felony DUI in Mesa is a serious criminal offense that has the potential to come with lengthy prison sentences and costly fines. Along with the direct consequences, a criminal felony conviction can have a devastating effect on the defendant’s employment, career and educational opportunities, while also negatively impacting other areas like automobile insurance rates. Acknowledging these ramifications, if you have been charged with a felony DUI, it is imperative to contact a skilled and aggressive criminal defense attorney in order to help you create your best legal strategy.

Dealing with a felony charge, particularly for driving under the influence, may come with a great deal of requirements and details that anyone would consider intimidating. If you do not understand the intricacies involved with the legal system and the options you have with regards to a felony DUI charge, it may be quite difficult to proceed in the most effective way to avoid dealing with the harshest penalties that can result from this charge. For these reasons, it is important to hire an experienced and capable felony DUI attorney with legal knowledge.

If you or a loved one has been charged with a felony DUI in Arizona, particularly in the cities of Phoenix, Gilbert, Tempe, Chandler, Scottsdale or East Valley, contact the Law Office of James E. Novak. Attorney James Novak is an aggressive DUI lawyer who will make every effort to fight the allegations against you. With experience as a state prosecutor before becoming a criminal defense attorney over 12 years ago, James Novak has the legal understanding and developed perspective to allow for effective and professional counsel.

A felony DUI needs to be taken care of before it becomes an irreversible strain on your life. Call the Law Office of James E. Novak for a free consultation at (480) 413-1499 about your alleged felony DUI or send an online message today.

Definitions of Felony DUI in Tempe

A felony DUI in Arizona comes in the form of a few different offenses, and is usually formally charged when other factors are taken into account. DUI cases tend to be charged as misdemeanors initially, but may be classified as a felony depending on your DUI history, or the way in which the DUI occurred.

It is first important to define “driving” according to the state of Arizona. ARS section §28.101 states that driving is defined as “operating or being in actual physical control of the motor vehicle. Arizona law defines a “motor vehicle” under §28.101 as:

It is also important to define “driving under the Influence” according to Arizona state law. A DUI can occur if the alleged offender drives when:

Based on the definitions above, a law enforcement officer can charge you with a felony DUI, according to ARS section §28.1383 if:

Penalties for Felony DUI in Mesa

A DUI charge, no matter if it is a misdemeanor or a felony, can result in very harsh sentencing and penalties. A felony DUI comes with consequences that can have extremely debilitating effects on your life in many ways. As for the specific penalties that come with a felony DUI in Mesa, ARS section §28.1383 states that the alleged offender may be sentenced with a Class 6 or Class 4 felony.

Class 4 Felony – 1.5 to 3 years in prison and/or fines of up to $150,000, followed by a mandatory term of probation, in addition to a mandatory license revocation and community service.

These penalties are based on the assumption that the alleged offender has a clean criminal record with no prior felonies. If you are a repeat offender, or have a felony on your record, the sentencing will be much harsher and proportionate to your criminal history.

In addition to the formal charges and sentencing, there are other costs associated with a felony DUI in Tempe, including:

As you can see, a felony DUI comes with an extensive list of outside factors, making it a charge that needs to be dealt with in a pragmatic and effective matter from the very start. Seeking legal counsel from someone who has fought on both sides of the courtroom, as a prosecutor and defense lawyer, is a resource that has the potential to be extremely beneficial to your case, and James Novak of the Law Office of James E. Novak is the DUI attorney that has the legal knowledge and experience to help you beat these charges and move on with your life.

Arizona Courts – This website contains information and resources on the entire Arizona Court system, including addresses, forms, and detailed references to criminal and traffic laws

DUI Law Blog – This website offers up to date DUI news and science, along with specific issues regarding DUI law in Arizona

With the potential repercussions of a felony DUI conviction, now is the time to find out what your options are for your particular situation. An inefficient defense that does not take all factors into consideration will only exacerbate the issue of a felony DUI, so finding an Arizona defense attorney who has sufficient experience to handle your DUI case is vital.