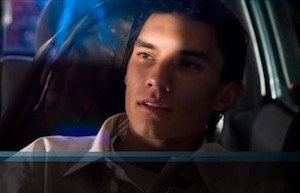 Many individuals who are charged with a first DUI believe they are capable of driving after having a few drinks, but unfortunately they have an alcohol concentration level higher than the legal limit. The legal limit in Arizona is .08. This is a low level and can often result in arrests for DUI even though many individuals are probably capable of driving in a safe manner with an alcohol concentration at this level. Typically, the legal limit in Arizona is equivalent to around one or two alcoholic drinks, depending on a person’s body type and weight, amount of food they have consumed and how long they have been drinking.

If you are charged with a first DUI in Arizona, you can receive very serious penalties if convicted, including mandatory jail time, installation of an ignition interlock device, steep fines, a driver’s license suspension, increased auto insurance rates, a mark on your criminal record and/or possible limits on educational and professional opportunities.

If you have been charged with a first DUI in Mesa, or any of the surrounding East Valley areas, including Gilbert, Tempe, Chandler, Scottsdale or Phoenix, contact the Law Office of James E. Novak. Attorney James Novak is knowledgeable in all areas of Arizona’s driving under the influence laws and will make every effort to help you achieve the best possible outcome for your particular situation. Call the Law Office of James E. Novak for a free consultation at (480) 413-1499 about your first alleged DUI offense.

Mesa Driving Under the Influence

According to section 28-1381(A) of the Arizona Revised Statutes, an individual can be charged with a first driving under the influence offense throughout Arizona if they drive or are in actual physical control of a vehicle while:

Under the Influence in Arizona

According to the Arizona Revised Statutes § 28-1381, an individual is under the influence if they have an alcohol concentration of .08 or higher within two hours of driving or being in actual physical control of a vehicle. This is also known as per se driving under the influence. This means the individual can automatically be arrested and charged for DUI if their alcohol concentration is at this level or higher.

Arizona law does not actually define actual physical control (APC) for the purpose of driving under the influence. APC is usually an issue if the alleged DUI offender was not driving the car, but had a key in the ignition or was asleep at the wheel.

The Arizona Supreme Court held in Arizona v. Zaragoza that APC is determined by whether the alleged offender’s current or imminent control of the vehicle presented a danger to himself or the public at the time of the arrest, based on the totality of the circumstances.

This court decision means an individual can be charged with DUI in Arizona even if they are not actually driving at the time of the alleged offense.

Factors the court will instruct the jury to look at to determine if the alleged offender had APC based on the totality of the circumstances can include:

Blood alcohol content or concentration (BAC) is defined as the amount of alcohol present in the alleged offender’s bloodstream. According to the Arizona Revised Statutes § 28-101, this is measured by the number of grams of:

If the alleged offender has a BAC of .08%, they are presumed to be under the influence of alcohol and can be charged with a DUI.

Generally, .08% is a very low level and can be reached when anyone drinks a minimal amount of alcoholic beverages. For example, a person who weighs 100 pounds in Arizona likely has a BAC .065% after two drinks, which may indicate they are under the influence. After having three drinks, an individual who weighs 100 pounds probably has a BAC of .097, which is over Arizona’s legal limit and they are presumed to be under the influence.

Penalties for a First DUI Conviction in Mesa

A first DUI in Arizona can result in a class1 misdemeanor according to section 28-1381(C) of the Arizona Revised Statutes, which is punishable by a mandatory ten consecutive days in jail. The alleged DUI offender is not eligible for probation unless they serve all of their time in jail. Additionally, an alleged DUI offender can face:

Maricopa County Resources for a First Driving Under the Influence

Arizona v. Zaragoza – This link is to the Arizona’s Supreme Court decision on the definition of actual physical control for the purpose of charging an alleged offender with driving under the influence.

Mothers Against Drunk Driving – This national nonprofit organizations aims to prevent individuals from drinking and driving, stop drunk driving, prevent accidents that can result from driving under the influence, and provides support to individuals who are victims of an alcohol-related accident.