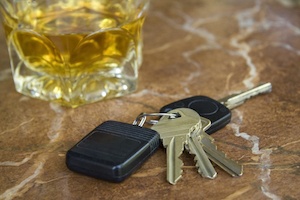 If you have been charged with a second driving under the influence (DUI or DWI) offense in Mesa, you could face serious penalties, including mandatory minimum jail sentences, driver’s license suspensions, installation of an ignition interlock devices, fines, and/or a criminal record.

Generally, reaching an alcohol concentration level of .08 is not difficult and can result from consumption of even one drink. The limit of .08 is very low and can generally be reached when anyone has consumed only one or two alcohol drinks, depending on their weight and body type, how long they have been drinking, and whether they have eaten any food while drinking.

If you have been charged with a 2nd DUI in Tempe, or any of the surrounding areas in Arizona, including Mesa, Gilbert, Chandler, Scottsdale, Phoenix, or East Valley, contact the Law Office of James E. Novak. Attorney James Novak is knowledgeable in all areas of Arizona’s DUI laws and will make every effort to fight the allegations against you. Call the Law Office of James E. Novak for a free consultation at (480) 413-1499 about your second alleged DUI offense.

A second driving under the influence offense in Arizona can result under A.R.S. § 28-1381(A) from an individual operating or being in actual physical control of a motor vehicle while:

Additionally, the alleged second DUI offender must have previously committed and been convicted of some other DUI offense within the preceding 84 months, according to ARS § 28-1381(K). A second driving under the influence offense can result if the alleged offender has previously been charged with any of the following offenses:

Arizona Definition of “Under the Influence”

Arizona laws provide for certain presumptions regarding whether the alleged offender was under the influence of alcohol. Although these presumptions are believed to be true, they are not guaranteed facts and can be rebutted be factual evidence.

Generally, law enforcement officers do not have to prove actual physical control (APC) for the purpose of driving under the influence if the alleged offender is actually operating the vehicle, driving, or behind the wheel of the car. However, actual physical control can become an issue if the alleged offender was sleeping behind the wheel when arrested for DUI or was not actually driving, but had the key in the car’s ignition.

Although “actual physical control” has not been specifically defined under Arizona law for the purpose of driving under the influence, the Arizona Supreme Court held in Arizona v. Zaragoza that APC is determined by the totality of the circumstances of whether the individual’s current or imminent control of the vehicle presented a danger to the driver or the public at the time of the arrest.

This means even if the alleged offender was not actually driving at the time of the arrest, they can still be charged with a DUI in Arizona.

Elements the jury will look at when deciding whether the alleged offender had actual physical control based on the totality of the circumstances can include:

These numbers are used to measure the amount of alcohol present in an individual’s bloodstream.

If an alleged offender has a BAC of .08 up to two hours after operating or having actual physical control of a motor vehicle, they are presumed to be under the influence of alcohol, and can be charged with a per se DUI offense.

In Arizona, one drink is equivalent to a one-ounce shot of 86 proof liquor, one 12 ounce beer (4.5% alcohol by volume), or one 3 ounce glass of wine.

Penalties for a Second DUI in Mesa

Resources for a Second DUI in Maricopa County

Arizona Department of Transportation – Motor Vehicle Division - The Motor Vehicle Division (MVD) of the Arizona Department of Transportation is responsible for providing title, registration and driver’s license services to Arizona’s citizens. This link provides information on crash facts and statistics in Arizona, Arizona DUI laws, and information on DUI insurance and driver’s licenses. A local office is located at: