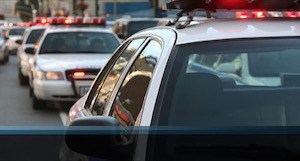 Arizona recently enacted a new driving under the influence (DUI / DWI) law involving high alcohol concentration levels. Commonly referred to as super extreme DUI, an individual can receive serious penalties if they are charged with this offense. It doesn’t matter that no injuries resulted from the offense or that any property was damaged while the alleged offender was operating or in actual physical control of their vehicle. As far as police and prosecutors are concerned, an alcohol concentration (AC or BAC) level of .20 or more is an accident waiting to happen, and they intend to punish individuals who drive with a high alcohol concentration level severely for it.

Judges’ hands are tied even on first-ever drunk driving arrests for super extreme DUI. This drunk driving offense can result in a minimum of 45 days in jail upon a conviction. Therefore, it is important to hire an experienced criminal defense attorney in Mesa who will make every effort to fight the allegations against you.

If you have been charged with a super extreme DUI in Mesa, or any of the surrounding areas in Arizona, including Phoenix, Gilbert, Tempe, Chandler, Scottsdale or East Valley, contact the Law Office of James E. Novak. Attorney James Novak utilizes an extensive case strategy, including examination by an independent criminologist of any BAC evidence and procedures used by law enforcement, as well as whether the traffic stop and any other aspects of the case were legal. Call the Law Office of James E. Novak for a free consultation at (480) 413-1499 about your alleged super extreme DUI.

According to Arizona Revised Statutes § 28-1382(A)(2), an individual can be charged with a super extreme DUI if they drive or are in actual physical control of a vehicle and their blood, breath or urine alcohol concentration (AC) level is .20 or higher. An individual charged with this offense is considered to be under the super extreme influence of intoxicating liquor.

Additionally, the driver’s BAC level must register at .20 or higher within two hours of the alleged offender having driven or actual physical control of a vehicle. The alleged offender’s BAC or AC must also be the result of consuming alcohol either before or while driving or having APC of the vehicle.

An individual must have a blood, breath or urine concentration level (BAC or AC) much higher than Arizona’ legal limit of .08 in order to be charged with a super extreme DUI offense. Blood alcohol content or concentration is defined under ARS § 28-101 as the amount of alcohol present in an individual’s bloodstream. This is measured in Arizona by the number of grams of:

Although an alcohol concentration level of .20 or higher may seem very high, it can actually be easy to reach this point. For example, a woman who weighs 100 pounds and has four alcoholic drinks in one hour likely has a BAC of .18. This woman’s BAC could easily reach the super extreme level of .20 if she uses mouthwash or toothpaste that has a high ethanol content. A woman who weighs 160 pounds likely has a BAC of .20 after consuming seven drinks in one hour, which is right at the super extreme level.

In order to be charged with a super extreme DUI in Arizona, the alleged offender must have been operating the vehicle or had actual physical control (APC) of the vehicle. Although APC is not defined under the Arizona Revised Statutes, the Arizona Supreme Court recently held in Arizona v. Zaragoza that in order to have APC, the alleged offender’s current or imminent control of the vehicle must have presented a danger to himself or the public at the time of the arrest, based on the totality of the circumstances.

Therefore, an individual can be charged with super extreme DUI in Arizona even if they are not driving a vehicle at the time of the alleged offense.

The court will instruct the jury to look at the following factors to determine if an alleged offender had APC at the time of their offense:

Anyone who has one previous conviction for driving under the influence offense and is charged with a super extreme DUI within 84 months of the previous offense can be penalized with any of the following punishments:

Anyone who is a convicted alcohol offender is eligible to participate in a victim impact panel created by a local MADD chapter and the Maricopa County Adult Probation Department. Many times, a judge or probation officers in Maricopa County will include this as a term to the alleged offender’s sentence for an alcohol offense. This purpose of the program is to:

Maricopa County Victim Impact Panel – This program was established by a local chapter of MADD and the Maricopa County Adult Probation Department to serve as an element to punishment for individuals who have been convicted of drunk driving offenses in Maricopa County. The program can be contacted at: