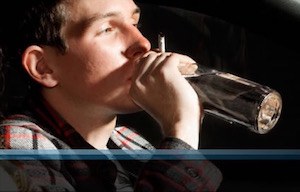 If you have been convicted two or more times of driving under the influence of alcohol or drugs in the past seven years, you will face felony DUI charges. A third DUI, and any DUI afterward, is considered an aggravated DUI. While the consequences of a first or second DUI are severe, there are a host of further penalties that come with a felony charge, including months of mandatory jail time and collateral consequences like the loss of the right to vote or carry a firearm.

If you are facing charges of a third or subsequent DUI in the past seven years, the repercussions of a felony conviction mean that you should contact an experienced Mesa third DUI lawyer. James E. Novak is a former Maricopa County prosecutor who understands both sides of the criminal courtroom. He has both the knowledge and the experience to make the case why your charges should be reduced or dismissed. Call the Law Office of James E. Novak today at (480) 413-1499 to schedule a free consultation.

Under Arizona Revised Statutes 28-1383(A)(2), a person is guilty of the crime of aggravated prior or actual physical control under the influence of intoxicating liquor or drugs, also known as aggravated DUI, if he or she commits a DUI offense and it is the third such offense within the past 84 months, or seven years.

DUI offenses included in this law include:

Whether the offense falls within the time period is determined by when the offense allegedly happened. For instance, if you were arrested eight years ago and the conviction was entered seven years ago, it is not counted. On the other hand, if you have two prior convictions and are arrested on the last day of the seven-year period from the first conviction, you will face felony charges, even if you will not be convicted until after the period passes.

Any DUI from another state or jurisdiction will count toward the total if it would have been an applicable offense had it been committed in Arizona.

Consequences of a Third or Subsequent DUI Offense

Conviction of a third or subsequent DUI within seven years results in a mandatory minimum prison sentence of eight months. The judge does not have discretion to offer a lesser sentence. You may, however, have a longer sentence.

You will also lose your license for at least one year, and will be required to install an ignition interlock device for 24 months following reinstatement. Other penalties include:

Per ARS 28-1384, your vehicle will also be forfeited and seized by the State.

Aggravated DUI for three or more offenses is a Class 4 felony. A felony record will cause you to lose your right to vote until completing your sentence for a first felony and until a court restores the right upon petition for a second offense. You also lose the right to possess a firearm.

Regardless of what happened in prior DUI cases, you may have defenses available to avoid a third or subsequent DUI conviction. Having an experienced attorney represent you is the best opportunity you’ll have to identify those defense and fight the charges. Call James E. Novak, a Mesa third DUI lawyer, today at (480) 413-1499 to set up a free consultation.