Aggravated Assault on a Police Officer 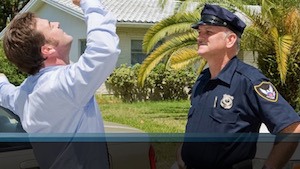 Any type of assault against a police officer in Arizona is a felony offense. These aggravated assault charges could lead to years in prison, steep fines or both. Additionally, a conviction could mean bearing the burden of a criminal record and being labeled a convicted felon, which carries additional consequences.

However, being accused of a crime does not necessarily mean you will be convicted. It is important to know all of your options when facing criminal charges. You have the right to legal counsel and the right to defend yourself against the charges. A Tempe aggravated assault defense lawyer can help you fight the conviction and protect your reputation.

If you are accused of assaulting an officer, contact an aggravated assault defense attorney at The Law Office of James E. Novak. James Novak has more than a decade of experience of providing solid legal counsel throughout Arizona. He can help you examine the facts of your particular case and work to get the charges reduced or dropped.

Contact The Law Office of James E. Novak at (480) 413-1499 for a consultation about your charges. The law office represents clients throughout Tempe and the surrounding areas of Arizona, including Mesa, Gilbert, Phoenix, Chandler, Scottsdale and East Valley.

Information About Aggravated Assault on an Officer

Aggravated Assault on an Officer Offenses

When an officer is the victim of an assault crime, the offense automatically is considered aggravated assault. A person could be charged with the offense if he or she commits the assault knowing or having reason to know the person is an officer.

A person also could be charged with aggravated assault if he or she attempts to or succeeds in taking control of a peace officer's firearm or any other sort of weapon. It also could apply if a person takes control of another implement being used by a police officer. This includes objects designed to restrain or injure a person, excluding handcuffs.

Penalties for Assaulting an Officer in Arizona

The penalties associated with aggravated assault on a police officer vary based on several different factors, including whether or not the victim was injured and if a weapon was used in the offense.

Generally, aggravated assault committed on a peace officer while the officer is engaged in the execution of any official duties is a Class 5 felony, unless the assault results in any physical injury to the peace officer. If injury occurs, it is a Class 4 felony. Class 5 felonies could carry up to two years and six months in prison, and a Class 4 felony could carry up to three years and nine months in prison.

However, if the offense causes serious physical injury to an officer or if the offender uses a deadly weapon or dangerous instrument, it would be considered a Class 2 felony. This charge is more severe, and if convicted, a person could face up to 12.5 years in prison.

Convictions for aggravated assault to a peace officer that resulted in serious physical injury likely will not be eligible for minimized sentencing, suspension of sentence or release under any conditions until the sentence is served as ordered by the presiding judge for the offenses. This also could apply if the suspect used a deadly weapon or dangerous instrument during the offense.

The Law Office of James E. Novak | Assault on a Police Officer Attorney in Mesa

The best way to protect your future is to avoid a criminal conviction. If you are facing charges for aggravated assault on a police officer, contact The Law Office of James E. Novak. James Novak is dedicated to helping his clients, no matter how tough the charges appear. He has more than a decade of experience, and he will use his knowledge of the legal system to help you get your life back on track. Call (480) 413-1499.