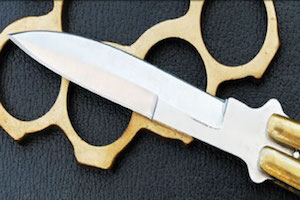 It is important to remember that violent crime accusations in Phoenix will not necessarily result in a conviction. The prosecutor is required to prove you committed every element to the offense beyond a reasonable doubt. This can be a very difficult burden to meet, especially when proving mental states to commit the crime. If the judge or jury has any doubt as to whether an element of the crime was proven, the charges against you can be reduced or even dismissed.

However, a conviction for violent crime offenses in Phoenix can result in serious penalties, including lengthy mandatory prison or jail terms, a criminal record and/or steep fines. These types of offenses can also render an individual ineligible for probation, for other types of deferred sentencing, or to own or possess a firearm. Therefore, it is essential to hire a knowledgeable Phoenix criminal defense lawyer to create your best legal strategy in order to possibly help you avoid a conviction to your alleged offense.

If you have been charged with a violent crime in Mesa, or any of the surrounding areas in Arizona, including Gilbert, Tempe, Chandler, Scottsdale, Phoenix or East Valley, contact the Law Office of James E. Novak. James Novak is an experienced violent crimes attorney and will make every effort to help you avoid the most serious penalties and consequences to your alleged offense. Call the Law Office of James E. Novak for a free consultation at (480) 413-1499 about your violent crime allegations.

An individual can be charged with a violent crime in Phoenix if they commit any of the following offenses:

Threatening or Intimidation – ARS § 130-1202 – An individual can be charged with this offense if they threaten or intimidate another person by word or conduct:

This offense can result in a class 1 misdemeanor, class 6 felony or class 3 felony conviction.

This offense can result in a class 1, 2 or 3 misdemeanor conviction.

Aggravated Assault – ARS § 13-1204 – An individual can be charged with aggravated assault if they commit an assault offense and:

Assault with a Weapon – ARS § 13-1204 – An individual can be charged with this offense if they commit an assault offense and use a deadly weapon. This offense can result in a class 2 or 3 felony conviction.

Kidnapping – ARS § 13-1304 – An individual can be charged with this offense if they knowingly restrain another person with the intent to:

This offense can result in a class 2, 3 or 4 felony conviction.

Endangerment – ARS § 13-1201 – An individual can be charged with this offense if they recklessly cause another person to be endangered by a substantial risk of immediate death or physical injury. This offense can result in a class 1 misdemeanor or class 6 felony conviction.

Alleged violent crime offenders in Phoenix are often required to have a certain mental state, or act in an intentional, reckless or knowing manner. Mental states are generally unique to each person, so it can be difficult for the prosecution to prove the alleged offender had the required mental state to commit the offense. The most common violent mental states, according to the Arizona Revised Statutes § 13-105(10), are listed below.

According to Chapters 7 and 8 of Title 13 of the Arizona Revised Statutes, the terms of imprisonment for convicted violent crime offenders in Phoenix range from a minimum term to a maximum term, but are generally give a presumptive sentence. The sentencing ranges for misdemeanor and first-time felony violent crime offenders are as follows:

However, the jail or prison sentences for violent crime offenders can vary depending on the following factors:

Felony violent crime offenders may also be required to pay a fine up to $150,000.

Defenses to Violent Crimes in Arizona

Arizona law provides for many justification defenses to violent crimes in Chapter 4 of the Arizona Revised Statutes. These defenses are not applicable in every situation, so it is important to first consult with your experienced Phoenix criminal defense lawyer who will assist you identifying your best legal strategy. The following defenses may be available to alleged violent offenders in Arizona:

Arizona Criminal Justice Commission (ACJC) – This link is to the Drug, Gang and Violent Crime program, which is responsible for special prosecution programs and substance abuse treatment for state prisoners. The ACJC is responsible for monitoring and reporting regarding the management of criminal justice programs in Arizona. The ACJC is located at:

National Crime Information Center (NCIC) – This link is to a computerized index of criminal justice information, which contains miscellaneous information on crimes and criminals throughout the nations, including Arizona.