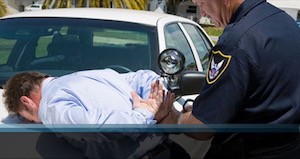 Endangerment is a crime with a vague definition. It's meant to be that way — a catch-all for nearly any behavior that police or prosecutors judge to be dangerous. For endangerment charges, the prosecutor needs no victim, and not a single person need suffer a single scratch. All the prosecutor needs to allege is that there was a substantial risk someone could have gotten hurt, and the results for you could be jail time and serious fines.

James E. Novak is a knowledgeable Tempe endangerment lawyer who can be on your side. James Novak is a former prosecutor who will put his knowledge of the criminal justice system to work for you. Whether you face misdemeanor or felony endangerment charges, James Novak will be your passionate advocate. Contact the Law Office of James E. Novak today at (480) 413-1499 or send an online message to set up a free consultation to review your endangerment charges.

The Law Office of James E. Novak, based in Tempe, is proud to represent clients in Mesa, Gilbert, Phoenix, Chandler, Scottsdale, East Valley and throughout Maricopa County.

The crime of endangerment, under Arizona Revised Statutes § 13-1201, is when a person recklessly endangers another person "substantial risk of imminent death or physical injury." The law is under the section of Arizona criminal code titles "Assault and Related Offenses." Normally, when we think of assault, we think of a crime with an actual, defined victim — someone who has been hurt. However, endangerment is unique in that no one needs to be hurt for an endangerment charge to be pressed.

For instance, one of the most common alleged acts that can lead to endangerment charges is shooting a gun into the air to celebrate a holiday. The reasoning is that the bullet goes into the air, comes down and strikes a person, causing death or serious injury. This does happen sometimes, and thus shooting a gun into the air is dangerous and highly discouraged. However, unless the bullet lands on someone, it is a victimless act.

Not only is there no victim required for endangerment charges, there is no requirement to prove intent to hurt anyone. Prosecutors need only prove that the person being charged knew his or her actions could have caused injury or death.

In many ways, the number of acts that could lead to endangerment charge is limited only by the prosecutor's imagination. Virtually anything a prosecutor judges to be "bad behavior" that he or she believes is dangerous could be prosecuted under this intentionally vague law.

Defenses Against Endangerment in Tempe

Like any other criminal charge, the prosecutor must prove every element his or her case beyond a reasonable doubt. In the case of endangerment, that also means proving that there was, indeed, a person who was put at risk of imminent death or physical injury and that you knew that your actions could have caused injury or death.

Reasonable doubt does not mean any doubt that could exist by far-fetched scenarios. It's a difficult standard to prove, but it's one that prosecutors in Maricopa County prove every day. Your Tempe violent crimes attorney, however, can help you build a defense against the charges.

James E. Novak is a Tempe endangerment defense lawyer who will stand up for your rights. Let him put his experience and knowledge in your corner. Call today at (480) 413-1499 or send an online message for a free consultation.