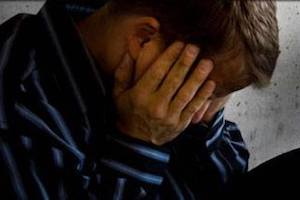 Most individuals are familiar with the term “dine and dash”, and often think the idea of doing it is thrilling or comical. In Arizona, it is considered a class one misdemeanor that could land you behind bars for six months. If you have been charged with theft of services, it is essential that you take these charges seriously by contacting a qualified defense attorney, who could potentially help you avoid jail time.

If you have been charged with theft of services in Maricopa County, including the cities of Tempe, Phoenix, Mesa, Gilbert, Scottsdale, Chandler, or East Valley, contact the Law Office of James E. Novak. As an experienced attorney who focuses strictly on criminal defense cases, James Novak has developed defense strategies that may help you avoid many of the penalties associated with your alleged offense.

It is important to act quickly so that your attorney can begin gathering evidence that could turn the case in your favor. Call the Law Office of James E. Novak today at (480) 413-1499 to set up a free consultation on your theft of services charges.

Theft of Services in Arizona

Some common forms of theft of service include “dine and dash”, skipping out on cab fare, ordering drinks at a bar and leaving without paying for them, stealing cable, and “piggybacking” internet service.

Cable theft is one of the most common forms of service theft, and it can occur in three different ways:

Active theft is when an individual illegally connects cable to his or her home or business with an actual, physical connection.

Passive theft occurs when an individual moves to a new residence that already has cable service, and the individual doesn’t notify the service provider that he or she is receiving cable without paying for it.

Premium theft is known as intentionally attaching a piece of equipment that manipulates the cable signal, and allows an individual to receive premium cable packages and pay-per-view programs, without paying for them.

Theft of Internet is another common form of service theft. Though often confused with committing scams and other fraudulent schemes via the internet, theft of internet is the actual theft of the internet service itself. Individuals who connect to or “hack” into another’s internet without permission are guilty of theft of service.

Penalties for Theft of Service in Arizona

The penalties associated with theft of service depend on the value of the services stolen. Stealing services that are valued at:

If you or a loved one is facing charges for theft of services in Maricopa County, including the cities of Mesa, Tempe, Gilbert, Phoenix, or Scottsdale, it is vital that you contact an attorney who is capable of helping you avoid time behind bars. James Novak is a defense attorney with experience as a former prosecutor that has given him the knowledge and ability to develop appropriate defense strategies based on each client’s specific circumstance.

Contact the Law Office of James E. Novak today at (480) 413-1499 to set up a free consultation on your theft of services charges, so that Novak can begin fighting for your rights and freedom.