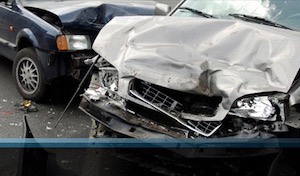 According to ARS §13-1204, aggravated assault occurs when an individual intentionally or recklessly causes serious physical injury to someone, or uses a deadly weapon or dangerous instrument to assault someone. When a vehicle is used to commit assault against someone, individuals can face enhanced charges known as vehicular aggravated assault.

While this website provides general information about criminal charges in Arizona, it's important to review the unique circumstances of your arrest with a qualified defense attorney.

If you have been arrested and accused of vehicular aggravated assault in Tempe, Mesa, Scottsdale, Gilbert, East Valley, Chandler, or the surrounding areas, contact the Law Office of James E. Novak. Attorney Novak is a former prosecutor with a military background, who has unique insight on how the prosecution will attempt to attack you in court, and he will use his knowledge and fortitude to provide you with the strongest defense possible.

Contact the Law Office of James E. Novak at (480) 413-1499 to set up a free consultation to discuss your vehicular aggravated assault charges. James Novak will review the facts in your case, and present evidence in a way that gives you the best chance of avoiding time behind bars.

What is Vehicular Aggravated Assault?

In Arizona, a vehicle is considered a dangerous instrument. If a driver uses a vehicle to commit assault, or cause serious physical injury to someone through intentional or reckless actions, he or she can be charged with vehicular aggravated assault.

In some cases, when an individual operates a vehicle while under the influence of drugs or alcohol, and causes an accident that leads to significant injury to someone else, he or she can face vehicular aggravated assault charges.

In order for an individual to be convicted of this offense, the prosecution must be able to show that the alleged offender’s actions were reckless or intentional. Reckless behavior is defined as being aware of and consciously disregarding the substantial and unjustifiable risks that your actions present.

If your criminal defense attorney is able to successfully argue that you did not drive recklessly, you were not under the influence, or that the accident was caused by some other factor, the charges against you may be dropped.

Aggravated assault involving a vehicle is a class three dangerous felony, which is punishable by between five and 7 years in prison. If the victim was less than 15 years old at the time of the offense, the offender can be charged with a class 2 dangerous felony, and sentenced to between 7 and 21 years of imprisonment.

As an experienced defense attorney with a Masters in Counseling/Education, James Novak has the ability to explain complex and sensitive matter to you in a clear and concise way. If you have been charged with vehicular aggravated assault in and around Maricopa County, including Tempe, Phoenix, Gilbert, Chandler, Scottsdale, or Mesa, contact the Law Office of James E. Novak.

Call James Novak today at (480) 413-1499 to set up a consultation about your vehicular aggravated assault charges in Maricopa County. Your initial consultation is free and it is an essential part of building your defensive strategy.