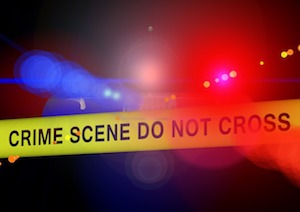 Criminal defense, sometimes known as criminal mischief or, more pointedly, vandalism, is the act of damaging or defacing someone else's property, or the public's property. It can include acts ranging from writing your name on a stop sign to severely damaging a town's water system. Stealing copper from air conditioners, electric lines or other sources also falls under criminal damage. It's a crime with a wide range of consequences.

If you're accused of criminal damage or aggravated criminal damage, you can fight the charges with the help of Tempe criminal damage lawyer James Novak. Whether your charges are felony or misdemeanor, penalties are severe. James Novak, a former prosecutor, takes all matters seriously and will zealously fight for your rights, seeking to a favorable result, whether than be a reduced charged, a dismissed charge or an acquittal. Call the Law Office of James E. Novak today at (480) 413-1499 for a free consultation.

The last item of the above list is more commonly known as graffiti. If you are accused of spray painting or using an indelible marker to tag, paint a mural on or otherwise paint something on a building, whether it's someone else's building and the owner did not grant you permission, or it's on a building owned by the government, you could face criminal damage charges. You could also face criminal damage charges for keying cars, throwing rocks through windows, kicking potted plants over and any other act that might be considered vandalism.

If the damage is more than $10,000, the charges go up to a Class 4 felony, punishable with four to eight years in prison and a presumptive term of six years. Additionally, if you are accused of damaging a utility with damages ranging more than $5,000 worth, you may be charged with a Class 4 felony.

Additionally, if accused of tampering, defacing or damaging any agricultural property or utility for the purpose of obtaining nonferrous metals, like copper, you could face a Class 5 felony for less than $1,500 of damage, a Class 4 felony for $1,500 to $10,000, and a Class 3 felony for more than $10,000. A Class 3 felony is punishable by five to 15 years in prison, with a presumptive sentence of 7.5 years.

If you face criminal damage charges, have an experienced advocate on your side. Tempe criminal damage lawyer James Novak will fight for you. Contact the Law Office of James E. Novak today at (480) 413-1499 to set up a free consultation.