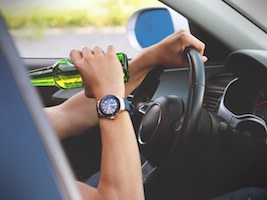 DUI Lawyer Advocating for Drivers in Phoenix and Surrounding Areas

For many people under the age of 21, learning to drive is a rite of passage. However, teenagers and people in their early 20s do not always appreciate the risks associated with drinking and driving. In addition to the physical risks, there is also the risk of being pulled over and being charged with a DUI. Arizona is a zero tolerance state when underage drinking and driving is involved. If you are under the age of 21 and caught with anything above a 0.00% blood alcohol level, a charge of underage DUI may be made. The same is true for illegal substances such as narcotics. Even a trace that is found in the blood stream may trigger charges. If you or your child is charged with underage DUI, you should consult Phoenix DUI attorney James Novak.

Under A.R.S. section 4-244(34), it is unlawful for anyone under the age of 21 to be in control of a vehicle while there is any "spiritous liquor" in their body. A DUI conviction may negatively affect a young person's future, ruining their chances to go to a particular school, obtain a professional license, and otherwise advance career goals. In some cases, the conviction has harsher consequences than it would have if the defendant were an adult in Arizona.

In addition to possible detention in a juvenile facility, there may be penalties such as a two-year driver's license suspension and fines, which may also affect a young person's ability to go to school or their place of work. A lengthy probation and higher insurance premiums well into the future (or even a cancellation of the insurance policy) are other potential negative consequences for an underage DUI. Subsequent offenses are likely to lead to even harsher consequences.

During a DUI investigative stop, you may politely request an attorney, but you should be aware that there is an implied consent law that always applies, whether you are a teenager or an adult. However, even if you had to take a chemical test that came back with the presence of alcohol or drugs, you should not assume that a particular sentence or penalty is inevitable. As a teenager charged with underage DUI, you should fight the charges.

Defenses that may be available include constitutional violations that may allow you to suppress evidence taken by the police. In order to stop a driver, the officer must be able to articulate that they had a reasonable suspicion that a crime has been committed, is being committed, or is about to be committed. This must be more than a hunch to avoid running afoul of the Fourth Amendment. Additionally, the police must have probable cause to arrest you for a DUI and must follow specific rules when administering tests for drunk driving. As with other crimes, charges for underage drinking must be proven beyond a reasonable doubt, and getting evidence suppressed may result in a dismissal of the charges or a reduction in the charges.

In addition to being charged with an underage DUI, a young person may also face additional charges for traffic violations, possession of false identification, distributing alcohol to other minors, soliciting alcohol, and child endangerment. It is important to retain an attorney who can look at all of the facts and determine a strategy to protect your rights and your future.

Retain a Phoenix Attorney to Fight a DUI Charge

Mr. Novak formerly served as a prosecutor and can locate any weaknesses in the prosecution's case when defending a young person from underage DUI charges. Contact James E. Novak at (480) 413-1499 or via our online form to set up a free appointment with a lawyer. He represents people who need a drunk driving attorney in Phoenix, Tempe, Mesa, Chandler, Gilbert, Scottsdale, and other areas of Maricopa County.