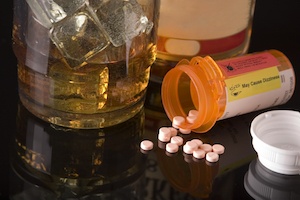 The lock 'em up style of the War on Drugs has been an expensive endeavor for America, that has incarcerated thousands upon thousands of people, young and old. The evidence, however, doesn't suggest it has done much to address the problems of drug addiction. In 1996, Arizona voters approved a treatment-based approach, called drug court, in Proposition 200. In drug court, those convicted of drug-related crimes go through rehabilitation programs and, if they meet certain goals, are able to avoid felony convictions.

You can be represented in Maricopa County drug court process by experienced Tempe drug court lawyer James A. Novak. James Novak is a former prosecutor with a deep understanding of Arizona's criminal justice system. In drug court, you get to choose a representative on the team. Your representative can be a passionate advocate for you. Call the Law Office of James E. Novak today at (480) 413-1499 to set up a free consultation.

Drug court in Maricopa County is part of the sentencing process, as a term of probation. To take part in the process, you must be sentenced to drug court as a result of conviction for a non-violent probation-eligible felony offense. Other requirements include:

If you have been accused of or arrested for a crime and believe you may be eligible for the drug court program, it's important to consult with a Tempe drug defense lawyer. A lawyer can help negotiate drug court as a part of your sentence. Additionally, during the drug court procedure, there is a team that help you through the process. Your defense lawyer is on that team.

In Maricopa County, drug court is a three-step process, lasting at least 52 weeks (one year). During the entire process, you must submit to random drug tests, maintain a full-time job or be a full-time student, maintain a stable resident and fulfill any other court-ordered tasks.

For the first step, lasting at least 20 weeks, you must appear in court to report your progress every four weeks, report to a probation officer once per month, complete a treatment program, attend weekly support group meetings and remain sober for eight consecutive weeks.

After completing the program, you may be eligible for your felony conviction to be reduced to a misdemeanor, your probation time may be reduced, and other benefits may apply.

If you face drug charges in Maricopa County and believe you might be eligible for drug court, it's important to quickly consult with a knowledge criminal defense attorney who can help you review your options and advocate for you in the following proceedings. James Novak, an experienced Tempe drug court lawyer, can be your advocate. Serving men and women facing drug court in Scottsdale, Gilbert, Chandler, Mesa, Tempe, and Phoenix. Call the Law Office of James E. Novak at (480) 413-1499 today for a free consultation.