Drug DUI Based on Illegal Drugs 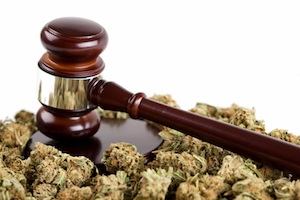 Arizona takes DUI charges seriously. You may be charged and convicted of a DUI if you drive while you are under the influence of any substance that impairs you at the time of your driving. If you are charged with a drug DUI based on illegal drugs, you should consult an attorney who has experience handling these cases. James Novak is an aggressive and experienced Tempe drug DUI attorney and former prosecutor who represents people throughout the Phoenix area. He can evaluate the facts surrounding your detention and arrest, assess the case that the prosecution has built, advise you about your options, and provide legal representation.

Drug DUI Based on Illegal Drugs

Under A.R.S. § 28-1381(A)(1), you are not allowed to drive while under the influence of any drug, vapor-releasing substance, toxic substance, or combination of these substances if you are impaired even to the slightest degree. You may be charged with a DUI under this law if you are driving under the influence of illegal drugs, such as marijuana, heroin, LSD, or psilocybin mushrooms, and they actually impair your driving.

The other law under which you may be charged for a drug DUI is A.R.S. § 28-1381(A)(3), which prohibits driving while there are certain drugs, such as marijuana, narcotics, and dangerous drugs, or their metabolites in your body. This law does not consider whether you are impaired by the illegal drugs that you have taken. Drug metabolites are what is left behind after a drug has been broken down by your body, and some metabolites of illegal drugs stay in your system for weeks. While medical marijuana users may assume that they are safe because they have a medical marijuana card, the case law around metabolites and drug DUI charges is complex and continuing to evolve.

Like a DUI based on alcohol, a first offense of driving under the influence of an illegal drug is charged as a Class 1 misdemeanor. Penalties for a conviction may include up to six months in jail, as well as drug screening and treatment and a fine. The minimum penalty for a DUI drug conviction is 10 days of jail, but nine days of this may be suspended by completing drug screening. However, once you are charged with a second or other repeat drug DUI charge, the penalties become steeper.

Generally, an alcohol-related DUI involves a license suspension of 90 days. By contrast, drug DUIs involve a potential one-year license suspension and no possibility of getting a restricted driver's license to go to or from work or school. You may also face other charges, depending on the circumstances. For example, you may face drug possession, drug paraphernalia, or transportation charges. If you are operating a car or another vehicle in Arizona, you are deemed to have given implied consent to be tested for controlled substances, and a refusal to submit may result in a 12-month driver’s license suspension.

Among the questions that your drug DUI lawyer might consider when preparing a case is whether the police officer had a reasonable suspicion to stop the car and whether field sobriety tests were administered appropriately. We will also look into whether a blood or breath test was administered correctly, as well as whether there were any procedural errors made at the lab where the tests were evaluated and read. The prosecution must prove its case beyond a reasonable doubt, and an inability to present an important piece of evidence at trial may have a huge effect on whether the prosecution is willing to negotiate a lesser charge or issue a dismissal.

If you are charged with a drug DUI based on illegal drugs in Arizona, we can try to find holes in the prosecution's case, including police errors or violations of your constitutional rights. Contact knowledgeable Tempe drug DUI lawyer James Novak at (480) 413-1499 or use our online form to schedule a free consultation. He represents defendants who need a drugged or drunk driving attorney throughout the Phoenix area, including in Mesa, Chandler, Gilbert, Scottsdale, and other communities in Maricopa County.