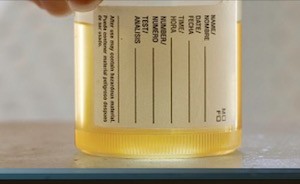 Urine tests are typically given in DUI / DWI cases where Arizona police officers believe a driver may also be under the influence of drugs. Although urine tests are the least accurate means for measuring blood alcohol level, they are routinely used to detect the presence of illegal drugs in the body. A conviction on an Arizona DUI drug charge carries with it a mandatory jail sentence. This underscores the importance of reviewing all of your legal options to avoid such an unfortunate outcome.

At the Law Office of James Novak, our DUI defense consults with lab technicians and forensic specialists when challenging urine tests. Because technicians and police often fail to follow proper protocol, questions arise pertaining to the accuracy of the tests and the dependability of the results. We work towards suppression of evidence when questions arise involving its accuracy and integrity.

Let us aggressively fight to defend your future against drugged driving charges involving urine tests. We can help you stay out of jail or reduce the charges against you through close attention to detail, experience in technical fields, and time spent in the prosecution. Our law office represents clients throughout Maricopa County, AZ, including Phoenix, Mesa, Tempe, Scottsdale, Chandler, Gilbert, and surrounding areas. Call the Law Office of James Novak today at (480) 413-1499 for a free consultation to learn more.

Why is a Urine Test Less Dependable When Testing for BAC?

A urine test detects the amount of alcohol in a person’s urine. Typically, a person is asked to empty their bladder and wait 20 minutes before providing a sample to be tested. However, since water remains in the body’s system over a period of time, urine is not as accurate an indicator of blood alcohol content as blood itself. As a result, in borderline cases a urine test could erroneously indicate a BAC in excess of .08 when in reality a person’s BAC is within the legal limit.

I Wasn’t Using Drugs When Arrested – Why Were the Results Positive?

Urine tests detect the presence of drugs in the body days after a drug has been used. Due to the manner in which drugs are metabolized and eliminated from the body, traces of marijuana, cocaine, heroin, and other drugs may be detected in the urine long after they were initially used. As such, a urine test can only determine if a drug was used – not when it was used.

Consequently, people arrested on a DUI drug charge may not have been under the influence of a drug when arrested even though their urine sample tested positive for drugs. Also, cases exist where over the counter medications such cough medicines, certain pain relievers, and cold medicines have mistakenly resulted in a positive indication for marijuana, heroin, or other illegal drugs.